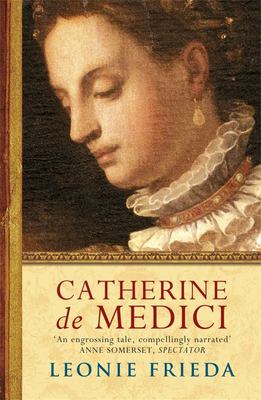 She nursed dynastic ambitions, but was continually drawn into political and religious intrigues between catholics and protestants that plagued France for much of the later part of her life. It had always been said that she was implicated in the notorious Saint Barthlomew's Day Massacre, together with the king and her third son who succeeded to the throne in 1574, but was murdered. Her political influence waned, but she survived long enough to ensure the succession of her son-in-law who had married her daughter Margaret.

Debut of a great new talent as a historical biographer Hardback has been reprinted six times - 20,000 copies already sold 'Her book paints a most fascinating picture of French court life. The political complexities are kept mercifully clear, the main lines of rivalry sharp, the characters vivid' Anne Wroe, Daily Telegraph 'This masterful and compelling biography...it is narrative history at its best, both scholarly and as captivating as a thriller. She has brought a largely forgotten heroine-villainess and a whole sumptuously vicious era to life again. She is equally at home in the luxurious d

Swedish by birth, but educated in Britain, Leonie Frieda speaks five languages and is a member of the Institute of Linguists. Her long interest in Catherine de Medici has taken her to archives in Paris, Florence, Rome and Madrid, as well as the chateaux of the Loire. She lives in London.