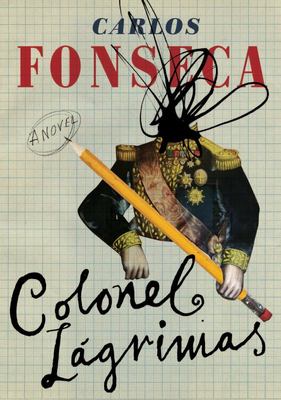 A dazzling debut about the demented final project of a brilliant mathematician, recalling the best of Bolano, Borges, and Calvino, Colonel Lagrimas is an allegory of our hyper-informed age and of the clash between European and Latin American history. Loosely based on the fascinating life story of the eccentric mathematician Alexander Grothendieck, Colonel Lagrimas is a world-spanning tour de force of history, politics, literature, mathematics, and philosophy that wears its learning lightly, forming an appealingly human story of the forces that created the modern world.

Colonel Lagrimas is a clever book, slightly claustrophobic in its setting, but spanning the globe through its focus on the old man s memories . . .It s beautifully written, with more good work here by the excellent McDowell . . .[The tedium of the Colonel s life, ] in Fonseca s hands, far from being something to grieve, becomes a celebration of a life less ordinary. Tony Malone, Tony s Reading List"

Carlos Fonseca Suarez was born in Costa Rica in 1987 and grew up in Puerto Rico. His work has appeared in publications including The Guardian, BOMB, The White Review and Asymptote. He currently teaches at the University of Cambridge and lives in London. Megan McDowell is a Spanish-language literary translator from Kentucky. Her work includes books by Alejandro Zambra, Samanta Schweblin, Lina Meruane, Mariana Enriquez, Alvaro Bisama, Arturo Fontaine, and Juan Emar. Her translations have been published in The New Yorker, The Paris Review, Tin House, McSweeney's, Words Without Borders, Mandorla, and VICE, among others. Her translation of Zambra's novel Ways of Going Home won the 2013 PEN Award for Writing in Translation. She lives in Santiago, Chile."