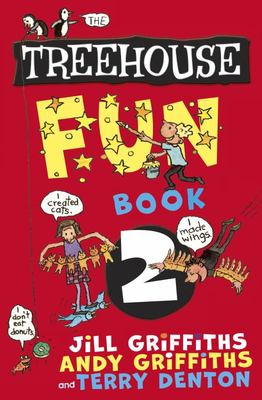 Stuff to write! Pictures to draw! Puzzles to solve! And so much more! Grab your Treehouse passport and hold on tight for an adventure through the bestselling Treehouse series. Join Andy, Terry and Jill as they combine animals, create magical kingdoms, time travel, solve crosswords, search for words, colour and scribble, spot the difference, find the odd one out, crack codes and so much more!