The sumptuously illustrated story of one of the most successful Australian fashion houses of the last 15 years. Romance Was Born collections are lavish, larger than life, iconic and iconoclastic, and this gorgeous book is a celebration of this unique Australian vision, created by two young designers who declined an internship with Galliano at Dior to 'do their own thing'. The designs of Anna Plunkett and Luke Sales have included collaborations with Jenny Kee, Linda Jackson, Marvel and Lego, and their creations have been worn by Cate Blanchett, Beyonce, Cyndi Lauper and Daphne Guinness, and are included in collections at the NGV and The Powerhouse. ...Show more Bring a Parisian je ne sais quoi to your style, wherever you live. Dress Like a Parisian is a wise and witty guide to finding your personal style, taking inspiration from how real Parisian women dress. With personal stylist and fashion blogger Alo s Guinut as your guide, you can explore which colors, sh apes and styles work best for you, whatever the occasion. Alo s reveals Parisian style secrets, rejects restrictive fashion rules and shares her favorite shops and brands, demonstrating how you can use fashion to enhance your personality rather than shaping your personality to fashion. In the words of the patron saint of Parisian women, Yves St. Laurent, 'fashions fade, style is eternal.'   This book is illustrated with photography shot on the streets of Paris plus illustrations by acclaimed fashion illustrator, Judith van den Hoek, who has worked with Elle, Hermes, Vogue, Prada and Grazia. ...Show more Know Your Style: Mix It, Match It, Love It by Alyson Walsh; Ayumi Takahashi (Artist)

The biggest fashion conundrum is 'what goes with what?' What kind of jewellery to wear with certain outfits, what are the best colours to coordinate, and the combinations to be avoided, what shoes to wear with different trouser styles, what's in fashion and does it really matter? And how do you maximise your looks without blowing your budget -- and your wardrobe space? Often this comes down to gut instinct but individual style can be learned. In Know Your Style, Alyson Walsh speaks to fashion experts and creative women from around the globe, to gather ideas and information and reveal how to dress with confidence and lead a stylish life. Author of the popular blog That's Not My Age and with over 30 years of experience in the fashion industry, including 10 years as fashion editor for a leading lifestyle magazine, Alyson has the answer to any fashion dilemma. Alyson explains that with a little bit of practice, any woman can be stylish. With advice on how to liven up a work wardrobe, how to match and mismatch pattern and colour, pick or mix accessories and score serious style points with flat footwear; looking good is not about buying loads of new stuff but spending time figuring out what makes you feel chic and comfortable. Beautifully illustrated, this stylish guide is for women of all ages. ...Show more

This reduced format of the luxurious revelation of the work and inspiration of Ralph Lauren, where the designer speaks about his work at length, is available now as a revised and expanded fiftieth anniversary edition, with additional material covering the last 10 years of the designer's work The delu xe, definitive volume on the work of Ralph Lauren, the most popular and successful American fashion designer, now updated and expanded. ...Show more 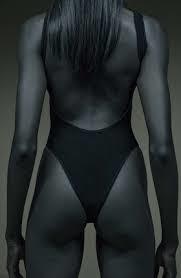 YEEZY Season 3 - 4 Zine showcases the third and fourth collections of Kanye West's YEEZY footwear, apparel and accessories . Dark , atmospheric photographs by Jackie Nickerson make up a purely visual work, devoid of any text. The oversized zine is printed on rough, uncoated Kamiko paper with intensely b lack inks. It is the third installment of YEEZY's season z ines, all released with limited print - runs. ...Show more Agnes B: Styliste by B. Agnes

Since opening her first shop in Paris in 1975, agnes b. has been dedicated to creating timeless designs. Snap cardigans, striped T-shirts, strapless dresses, mini skirts, leather pants--her unforgettable pieces mix classical influences with street style. In line with her motto that "the street makes fas hion," she has developed her own stylistic language that is subtle, chic, and casual. This richly illustrated clothbound book explores her signature approach to design, the history of the brand, and her continuing influence, which extends beyond fashion to the worlds of art, film, publishing and music. Presenting design sketches, press clippings, photographs byagnes b., and the work of photographers such as Peter Lindbergh, Dominique Issermann, Ellen von Unwerth, Bruce Weber, Gilles Bensimon and Jean-Baptiste Mondino, agnes b.: l'histoire explores the far-reaching influence of the brand, celebrating the complexity and creativity of the agnes b. universe. ...Show more

On January 29, 1971, couturier Yves Saint Laurent presented his Spring-Summer Haute Couture Collection. Inspired by the garments of the war years, the collection included short dresses, platform shoes, square shoulders, and exaggerated makeup. The show caused an outrage among the public, the critics, an d the press alike, earning it the title of "Paris' ugliest collection." Nevertheless, the haute couture designs of the runway made their way to the boulevards, giving full sway to the "retro" trend that quickly conquered the streets. Yves Saint Laurent: The Scandal Collection, 1971 offers a behind the scenes look at the influential collection that "drew fire in the fashion world"--from the collection's inspiration to the press coverage that followed. Beautifully illustrated and documented with well-researched essays, this book is enriched with personal interviews and archival photographs of the show, the models, the designs, and the textile and print samples, as well as sketches and international press clippings. ...Show more Witty, playful, and effortlessly chic, Inge Morath: On Stylereveals the vital forms of fashion and self-expression that blossomed into existence in England, France and the United States in the postwar decades. The book follows the photojournalist Inge Morath (1923-2002) through intimate sessions with In grid Bergman and Audrey Hepburn; scenes of window shopping on Fifth Avenue; American girls discovering Paris; the frenetic splendour of society balls; and working women--from actresses to seamstresses to writers--everywhere taking their place in the world. The photographs in On Style focus on an extraordinary period of Morath's creativity, from the early 1950s to mid-1960s, with a coda of work from later years. Here is the fundamental humanism, joy and an unerring eye for life's brilliant theatricality that characterised her work and made her one of the most celebrated photographers of her time. Apply ...Show more Louis Vuitton - The Spirit of Travel by Patrick Mauries

From Second French Empire pageantry to the brand's Far East launch; from the classic LV travel chest to Nicolas Ghesquieres' trunk-inspired collection; and from the house's emblematic monogram, to recent creations merging it with daring designs from contemporary artists, this volume tells the story of L ouis Vuitton, the designer that embodies the spirit of travel and quintessentially French elegance the world over. Explore the people, the places, and the clients at the heart of the Louis Vuitton story- the kings and princesses, intrepid explorers and prima donnas, and the creations, objects, and accessories-which imbue Louis Vuitton with the spirit of travel, and discover the evolutions in technology and design that are essential to the success of this extraordinary brand. The work offers a journey into the Vuitton universe, the brand's rich history, and its passionate defense of quality craftsmanship, art, and artists. With insight from the Vuitton archives, this work reveals the constantly evolving design inspiration that is central to the brand, walking the line between classic style and modernity. ...Show more 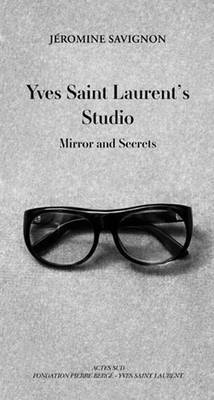 Saint Laurent was a key artist of the 20th century. Today to many his name evokes the reefer jacket, the trench-coat, the Mondrian dress, the smoking jacket and feminine trouser suits. He is remembered as the man who gave the safari jacket a new lease of life and as the man who stood out from the rest w ith his famous transparent dresses. The first fashion designer to parade Asian and African models on the catwalk, he also worked in tandem with the theatre and cinema. Furthermore, he was the first leading couturier to lend his name to a pret-a-porter range, Rive Gauche, while maintaining his haute couture activities. But what do we really know about the man beyond his renown? Here, the author opens up the door to Yves Saint Laurents studio and invites us into the great creators nerve centre, where everything took place, where the work and artist became one. Here we see how Saint Laurent set about his creations, the secrets behind his approach, providing a voyage of initiation through his hideaway where the master alchemist shares his secret formulae. ...Show more

Laser Cutting for Fashion and Textiles by Laura Berens Baker

Laser cutting is the latest embellishment technique to appear on the runway. In this book, Laura Berens Baker provides 14 inspirational projects that demonstrate how to use laser cutting equipment to produce original designs for garments and accessories. The book explores how to engineer designs and har ness laser technology to upcycle fabrics, replicating traditional finishes as well as developing new ones. Each project is created in Adobe Illustrator and includes step-by-step instructions for creating the design for the laser cutter, followed by instructions for cutting and sewing. Extra material available to download from the Laurence King website includes patterns and templates for the designs. Illustrated with specially commissioned photography, Laser Cutting for Fashion and Textiles offers a unique insight for fashion, textile, and accessory designers into how to use this latest technology and provides the skills to develop their own original designs. ...Show more In 1977, at the height of the disco craze, a club opened at 254 West 54th Street in New York City. Studio 54 was-and, arguably, remains-the world's most renowned and legendary disco. Regularly attended by celebrities such as Andy Warhol, Elizabeth Taylor, Mick Jagger, Bianca Jagger, Jerry Hall, Debbie H arry, Grace Jones, Michael Jackson, Calvin Klein, Elton John, John Travolta, Brooke Shields and Tina Turner, the club fostered an atmosphere of unadulterated hedonism for New York's art and fashion set. Hasse Persson and his camera were frequent club guests from 1977-80. The images he photographed there have become legendary, capturing the club's famed revelers, dancers in costume and general, drunken exhilaration-and yet, incredibly, "Studio 54" marks the first time in history that they have seen publication. Almost 35 years after the club's unceremonious and sudden closure, this beautiful hardback volume superbly documents the zeitgeist.Hasse Persson (born 1942) has had a long career as a photojournalist. Though Swedish born, he spent nearly a quarter century, from 1967 to 1990, working in New York. He has published five books on America and his photographs have appeared in such publications as "The New York Times," "Time," "Newsweek" and "Life." He worked as the artistic director of the Hasselblad Center in Gothenburg and today he is the artistic director of Strandverket Konsthall in Marstrand, Sweden. ...Show more